This is an easy recipe for Warm Cinnamon Apple Crisp.

Just before the official start of fall, we hit the orchards and came back with 56 apples, 7 different varieties. The baby went crazy again learning that you could pick fruit from a tree and Bailey ran around to find the best apples and have Joey hoist her up to get them. The best ones are always at the top!

The next day we made Apple Pie but when we cough cough…ate…too much of the pie dough for my 9 inch pie plate…I quick transformed it into Warm Cinnamon Apple Crisp. Mixing apple pie filling with quick oats makes for a crisp and easy dessert.

We went a little overboard on apple picking but had plenty to share, go around and bake with. Grab some apples, slice them up and you’re in business with Warm Apple Crisp within 30 minutes. Read on for the complete recipe and tips to making Warm Cinnamon Apple Crisp.

What Ingredients are in Warm Cinnamon Apple Crisp?

What Types of Apples are Best for Warm Cinnamon Apple Crisp?

The  best apples for baking will hold a crisp to them. I also like mine on the sweet side. Try the following apples for your next baking project or to make Warm Cinnamon Apple Crisp.

Pink Lady (one of my favorites!)

Be sure to check out these other fall baked favorites!

How to Make Apple Roses

My favorite places to go Apple Picking in Connecticut.

You may also enjoy:

What do you think? 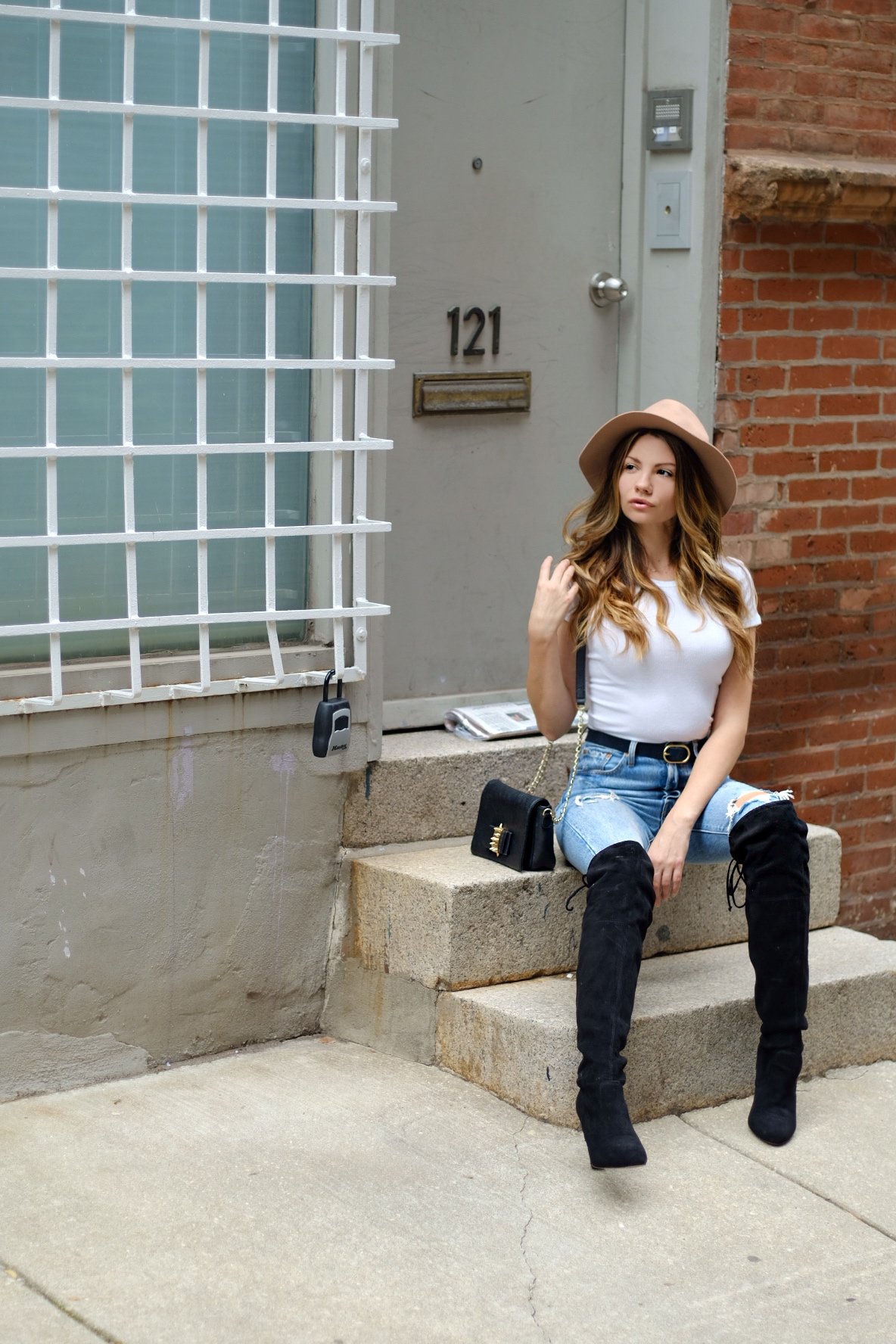 Hello! I'm Jenny from the weekend blog Chocolate & Lace. Chocolate & Lace features all things lifestyle, travel, simple recipes and motherhood. Determined to resist the tug of mediocrity and share it all with you.